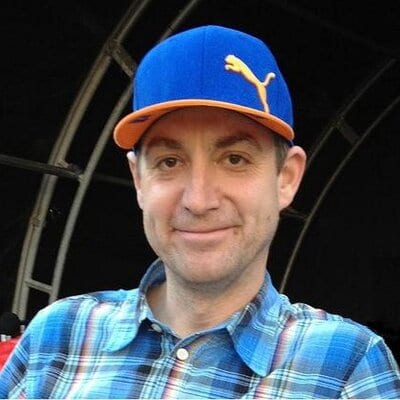 Steve Bamford is one of our resident golf tipsters and he focuses on PGA Tour tips. Links to the previews, stats and selections for the 2020 PGA Tour season events that Steve has covered are detailed below.

For notification of when each week’s tips are published, you can follow Steve on twitter here: @bamfordgolf; Steve is also a regular contributor to the GBS facebook group, join here: GBS facebook– with over 5,000 active members, if you enjoy golf betting then joining our group is an absolute must!

We’re rebuilding our old tips pages at the moment, you can access what’s currently available here: 2018 | 2019

Steve’s 2020 campaign got off to a perfect start when headline selection Justin Thomas obliged at 11/2 at Kapalua, and our PGA Tour tipster didn’t have to wait long for another profitable week with Scottie Scheffler (35/1) and Tom Hoge (200/1) both finding the each-way places at the American Express a fortnight later.

A blank at Torrey Pines was followed by a skinny profit in Phoenix when Bubba Watson finished 3rd at 35/1 to help keep his P&L ticking over for the year.  Blanks at Pebble Beach, Riviera and in Puerto Rico followed, however Lee Westwood’s 4th place finish at 80/1 at The Honda Classic got Steve’s season back on track.

Much better was to follow though at the Arnold Palmer Invitational when 50/1 shot Tyrrell Hatton managed to hold off an impressive field to secure his first PGA Tour title and give Steve’s season a massive boost. The PLAYERS Championship was only a day old when it was cancelled due to the Covid-19 pandemic, which in turn threw the remainder of the schedule into disarray.

The restart to PGA Tour golf started slowly with blank weeks at the Charles Schwab Challenge, RBC Heritage and Travelers Championship, however each-way money from both Tyrell Hatton and Adam Hadwin got the momentum flowing in the right direction once again at the Rocket Mortgage Classic.

Grabbing Collin Morikawa at 35/1 for his maiden Major title was a satisfying end to the US PGA Championship for Steve, with the 23 year-old proving the old adage that if you’re good enough, you’re old enough! An each-way place followed on Harry Higgs at the Safeway Open as a series of 36- and 54-hole leaders fell by the wayside at the business end of tournaments.

bet365 are offering new customers up to £100 in Bet Credits when signing up through Golf Betting System.

Significant terms: New Customers only. Up to £100 in Bet Credits. Sign up, deposit £5 or more to your account and bet365 will match your qualifying deposit in Bet Credits when you place qualifying bets to the same value and they are settled. Min odds/bet and payment method exclusions apply. Returns exclude Bet Credits stake. T&Cs, time limits & exclusions apply. The bonus code SPORT100 can be used during registration, but does not change the offer amount in any way.

Ladbrokes are offering new customers £/€20 in free bets when signing up through Golf Betting System and placing as little as a £/€5 bet.

New William Hill customers get a bet £/€10 get £/€30 offer when signing up through Golf Betting System using promo code P30.

Betfred are offering new customers a bet £10 get £30 in free bets PLUS 60 free spins offer when signing up through Golf Betting System using promo code SPORTS60.

888Sport are offering new customers an enhanced bet £10 get £30 PLUS £10 casino bonus when signing up through Golf Betting System using promo code 30FB.

New customers only. Place your FIRST bet on any sportsbook market and if it loses we will refund your stake in CASH. Max refund for this offer is £20. Only deposits made using Cards or Apple Pay will qualify for this promotion. T&Cs apply. Paddy's Rewards Club: Get a £10 free bet when you place 5x bets of £10+. T&Cs apply.

Betfair are offering new customers the chance to place a £20 bet as your first bet on the Exchange and if the bet loses then they will refund you £20 in Cash. Use promo code VAL225 to claim this offer.

Significant terms: New customers only, bet up to £20 on the Exchange and if your first bet loses, we’ll refund you £20 in Cash. Bet must be placed in first 7 days of account opening. T&Cs apply. Payment restrictions apply.

New Unibet customers get money back as a bonus up to £40 if your first bet loses & £10 casino bonus when signing up through Golf Betting System.

New BetVictor customers get £30 in bonuses when signing up through Golf Betting System and placing an initial bet of £5 or more.

18+ New Customers only. Deposit, opt in and place a £5 qualifying bet at odds of 2.00 or greater within 7 days of opening a new account; excludes cashed out bets. Receive 2x £10 Free Sports Bets, valid on set events only at odds 2.00 or greater, expires in 7 days.  Plus a £10 Game Show Bonus, selected games, wager 40x to withdraw a max of £250. PayPal and Card Payments only. Geographical Restrictions and T&Cs Apply. Please Gamble Responsibly.

Claim Now
Up to £25 in Free Bets Bundle
Boylesports 10EW

New Boylesports customers get up to £25 in free bets when signing up through Golf Betting System.

Here at Golf Betting System, we want to bring you the best content, stats and offers available. To help us to keep GBS running as a free service, as it has been for over a decade now, some bookmakers and other advertisers may pay us a commission if you use the links provided on our website.

888 Casino are offering new customers an enhanced £88 free no deposit required, plus up to £100 welcome package when signing up through Golf Betting System.

Significant terms: New players only, 18+. £88 is granted in FreePlay (FP). FP must be claimed within 48 hrs of receiving the email and expires after 14 days. FP wins are credited as bonus and capped at £15, exc. JP win. Welcome Bonus Package: £20 min deposit. 100% up to £100 Bonus. Bonus wins are capped at £500. To withdraw bonus & related wins, wager 30 x (bonus amount) within 90 days. Restrictions apply to deposit until wagering requirement fulfilled. Wagering req. vary by game. This offer may not be combined with any other offer. Deposit balance is available for withdrawal at any time. General withdrawal restrictions & full T&Cs apply.

New customers only. New customers from UK and IRL only, 18+. Deposits made with e-wallets are not valid on this promo. Bonus wagering x35 on eligible games. Winnings from bonus capped at £500. Spins available after bonus is redeemed/lost. Opt-in required. Full T&Cs apply.